The Philippine Overseas Employment Agency (POEA) watchlist is like a glorified Santa’s naughty list, exclusively designed for Overseas Filipino workers or OFWs. In reality, however, it is only one of the many penalties or disciplinary actions that an OFW would be subjected to if he or she commits or gets involved in shady acts that would result in cases being filed.

In this article, we will walk you through all the possible reasons that would result in getting your name in the POEA watchlist. We will also include information about the rules that mandates this, along with the effect that being on the POEA watchlist would have on an OFW or would-be OFW.

What is the POEA watchlist? 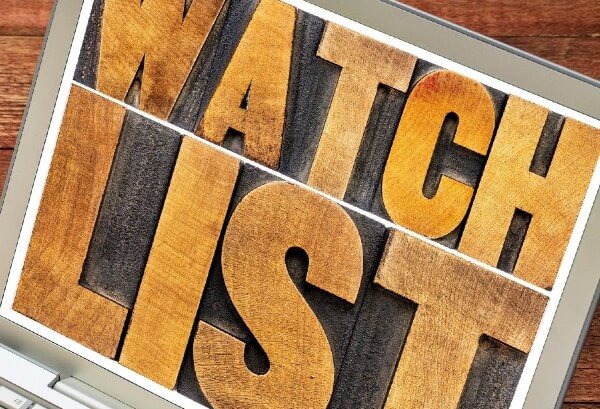 To make it simple, the POEA watchlist is a list reserved for those who commit offenses worthy of a disciplinary action or those who violate the Code of Discipline for Overseas Filipino Workers.

It’s quite literally a list of names of people who need watching. It’s also some sort of a blacklist, because having your name on the list could result in delay or restriction from travelling abroad. This is not to say that this is a list of criminals, only a list of people who have had cases or complaints filed against them.

Depending upon the severity of the case or complaints, an OFW may get his name off the POEA watchlist by simply writing an explanation letter answering the complaint.

What does it mean to have your name on the POEA watchlist?

Being on the POEA watchlist could mean different things for an OFW. The worst case, would perhaps be, being prohibited from flying and working abroad. A travel ban may also be issued, for cases when an OFW has been issued a warrant of arrest or hold departure order.

On the other hand, an OFW may be able to purge his name from the watchlist so he will be allowed to travel and work abroad. This happens when he submits a response to the case or complaint filed against him or secures a clearance or approval from the concerned lawful agency or the court.

Note that this only works if the OFW was placed on the watchlist due to less serious complaints/cases.

In essence, there are two things that would serve as an OFW’s one-way ticket to the POEA watchlist:

What are the reasons or offenses that may send an OFW’s name to the POEA watchlist?

There are numerous things that could prompt the POEA to take disciplinary actions against an OFW. Such offenses, along with the corresponding penalties, are detailed in Section 145, entitled Grounds for Disciplinary Action and their Penalties of the Revised POEA Rules and Regulations Governing the Recruitment and Employment of Landbased Overseas Filipino Workers of 2016.

We listed them here according to the gravity of the offenses, starting from the serious offenses to the less serious ones:

What are the penalties for these offenses?

Depending upon the gravity of the offense, an OFW offender may be subject to the following penalties:

For Serious Offense (Pre-Employment or During Actual Employment)

Suspension from participation in the overseas employment program for one (1) year and one (1) day to two (2) years.

Permanent Disqualification from participation in the overseas employment program.

Suspension from participation in the overseas employment program for two (2) to six (6) months.

Suspension from participation in the overseas employment program for six (6) months and one (1) day to one (1) year.

Permanent Disqualification from participation in the overseas employment program.

What does the Code of Discipline for Overseas Filipino Workers say?

According to the Revised POEA Rules and Regulations Governing the Recruitment and Employment of Land-based Overseas Filipino Workers of 2016, it is an OFW’s duty to conduct themselves in the most professional, responsible, and ethical manner when performing their duties and fulfilling the following obligations:

How can I get my name removed from the POEA watchlist?

Depending on the severity of the case, violation, or complaints, an OFW may be able to get his name purged from the POEA watchlist so he can travel and work abroad. To do this, it is important to coordinate with the concerned agency to get cleared.

For less serious offenses, but still depending on the situation and offenses, an OFW may be allowed to travel after submitting a response to the case or complaint filed against him.

What are the conditions for the grant of clemency to an Overseas Filipino Worker (OFW)?

As per Section 183 of the Revised POEA Rules and Regulations Governing the Recruitment and Employment of Landbased Overseas Filipino Workers, a government administration, may, upon motion for request, grant clemency to an Overseas Filipino Worker (OFW) penalized with disqualification from participation in any overseas employment program, provided that any of the following conditions exists:

What is the period to appeal the decision of the POEA to the office of the Department of Labor and Employment (DOLE) or Labor Secretary?

As per Section 186 of the Revised POEA Rules and Regulations Governing the Recruitment and Employment of Landbased Overseas Filipino Workers, the party aggrieved by the decision of the administration may appeal the same to the office of the Labor Secretary within fifteen (15) calendar days from receipt of a copy of the decision.

Failure of the aggrieved party to draft, perfect, and send the appeal within the prescribed reglementary period shall render the decision of the Administration final and executory.

Being on the POEA watchlist doesn’t sound all that threatening, but it can be a real pain having to go through all the trouble of applying for work abroad and preparing all your requirements only to find out in the end that you are not allowed to leave.

But all is not lost, there are ways to redeem your name, even when you get on the watchlist, and reclaim your right to join overseas employment programs and move forward to working abroad for a better life for you and your family.

Though it is a fact that all types of issues can be resolved, one way or another, we still think it’s best to avoid trouble altogether.

Did you learn enough about the POEA watchlist and the associated penalties and offenses that can cause you problems? Share your thoughts with us in the comment section below!